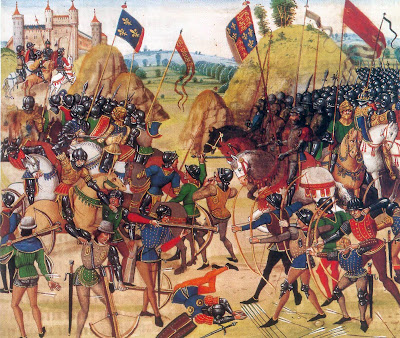 Team Subscription and composition
Players from any country may apply to enter a single team of exactly three players to the Italian team championship.  Teams are to be represented by a team captain, who will be the organisers normal point of contact for his team.  He is responsible for all communications and should ensure that they are forwarded to all team members.  He is also responsible for ensuring that all details relating to his team entries are correct and that the team name and Captain are clearly indicated on the entry form(s) and Score Sheets.
Each team will be formed up of 2 players, one playing in each period. The player for each period must be nominated in advance and may not be changed throughout the tournament. No team may have more than one player fielding the same army (possible when it crosses the date periods) - book and list number must not be the same.

List Format
The subscriptions and the army lists must be sent before 27th february 2022 to my email: paglianti at gmail.com

The tournament has single list format. Army lists must clearly indicate:
1.      Name and contact details of the player, including the address (on the document
itself please, not just in the file name, since file names often do not show
when a batch of lists are printed)
2.      Team and period (1-4);
3.      Army name, book, number (on the document, not just the file name);
4.      Date;
5.      General, geographical or other option selected if appropriate;
6.      Climate and aggression (since in some cases options exist);
7.      List and total of elements allocated by command;
8.      Cost by element type;
9.      Elements, element equivalents and break points per command;
10.    Elements, element equivalents and break point for the army;

Armylists must be sent to the list checker by email within the deadline chosen by the organization. For every day being late, the team will lose a point on the final classification (applied after the fourth round is over).

The army list errata avalaible there will be used:
http://dbmm.org.uk/images/resources/dbmm%20list%20clarifications%20v2.0.1.pdf

Home of wargamers, on PC and consoles

The online magazine for wargamers, with battle reports and miniature reviews